Some of our best wildlife viewing happens through the windows of our little house as we go about our day.  Last weekend I caught the flash of a hawk’s wings as he dove into the field.  A few minutes later, he was perched on a fence post studying the ground.  He glanced up as I opened the window then continued his hunt.  Using the window sill to steady my camera, I took dozens photos of the hunting Red-shouldered Hawk.  The late afternoon light was a little harsh, and the distance a little far for my lens, but I still enjoyed the results. 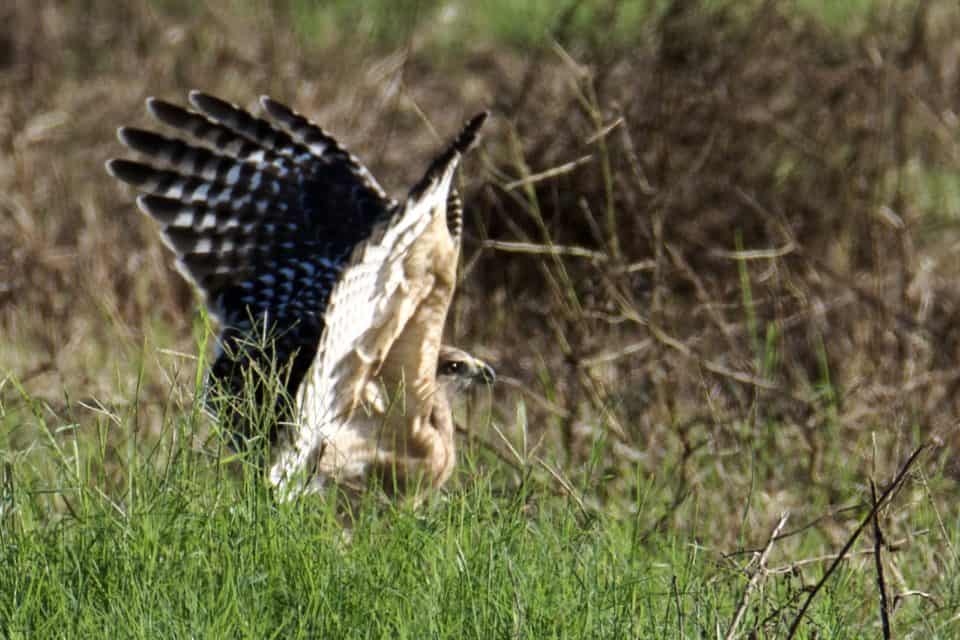 Comes Up With a Grasshopper 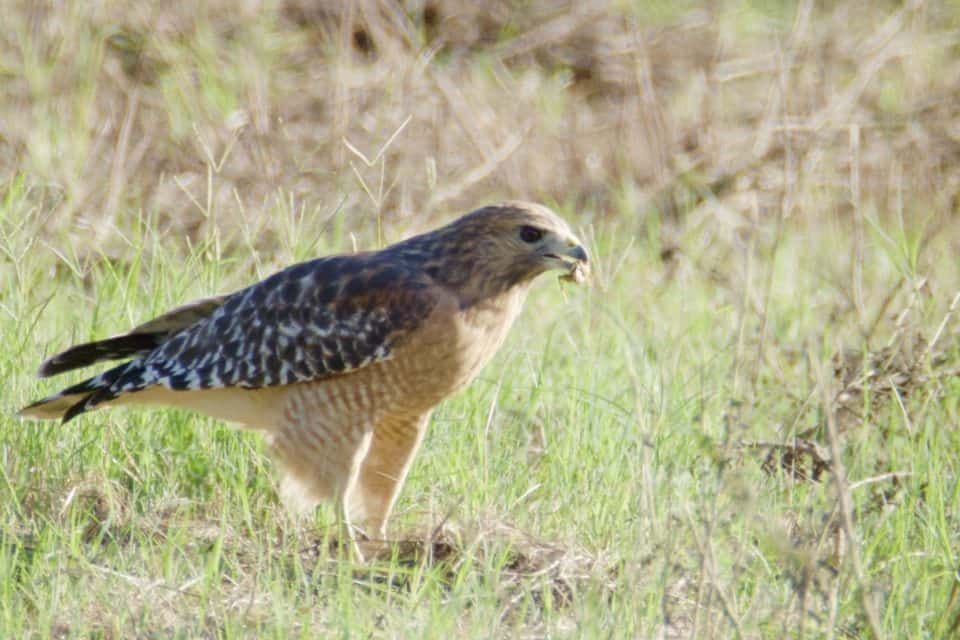 You might have expected a hunting Red-shouldered Hawk to catch a field mouse instead of an insect.  I imagine that he might have enjoyed a meatier meal but with the abundance of these large insects, it’s easy for the hawk to find several.

On the hawk’s eating habits, Cornell’s All About Birds site says: “Red-shouldered Hawks eat mostly small mammals, lizards, snakes, and amphibians. They hunt from perches below the forest canopy or at the edge of a pond, sitting silently until they sight their prey below. Then they descend swiftly, gliding and snatching a vole or chipmunk off the forest floor. They also eat toads, snakes, and crayfish. They occasionally eat birds, sometimes from bird feeders; recorded prey include sparrows, starlings, and doves.”

Texas Parks and Wildlife  and other sources add insects to the menu and acknowledge regional differences in diet.

Red-shouldered Hawks are a common site at Little Piney, but I am thrilled everytime I see one.  Whether they are defending their territory against a Red-tailed intruder, fighting with crows or jays, hunting, or soaring over the pines, their power and beauty are awe-inspiring.

Hawks aggressively claim and guard their territory of a quarter to a full square mile, so this is most likely one of the pair shown in my previous post.